Tip: For a vegetarian option, substitute chopped hickory-smoked almonds or pecans for bacon. 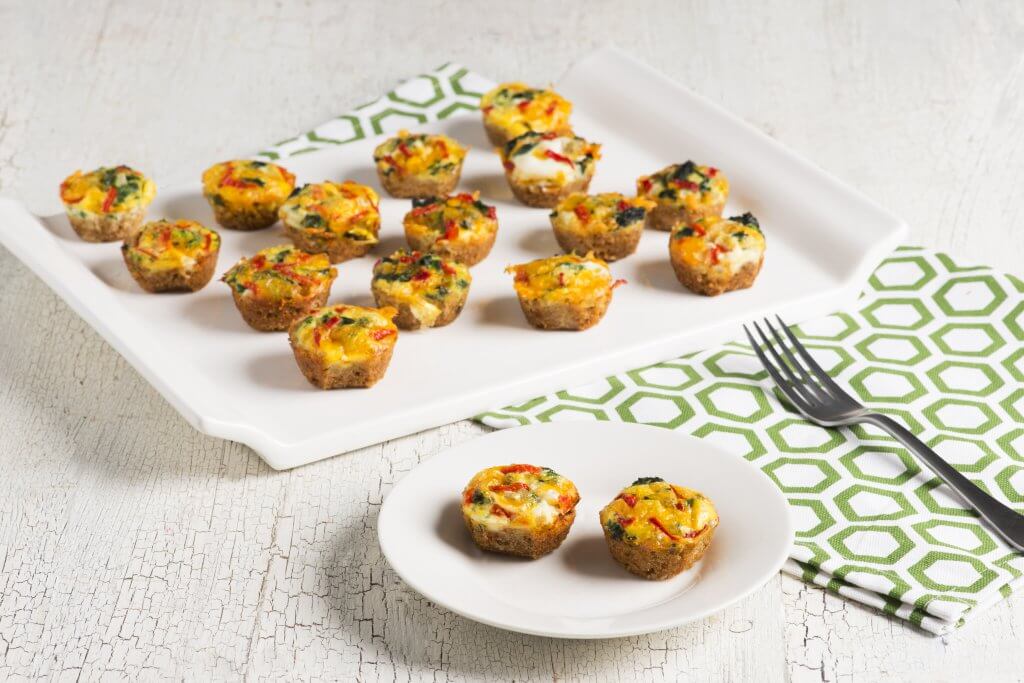 The key to this zesty recipe is the pepper jelly. There are quite a few varieties of pepper jelly on the market. You can also make your own pepper jelly by following the directions for pepper jelly in a packet of Certo pectin. Obviously there is a difference in both taste and heat between individual brands, so use half the stated quantity of pepper jelly to start with and then add more to your individual taste. Even if you used exactly the same pepper jelly as I did, your taste could want more or less heat. Also realize that the vinaigrette tasted on a spoon will taste far hotter than once it is mixed with a salad. The sweetness of the jelly mellows the vinaigrette and makes a vinaigrette with a sweet spicy but mild kick. Just enough to realize the heat without your nose running and lips tingling madly.

1. Mix all vinaigrette ingredients together, lightly pulse with immersion blender to chop herbs and also thickens vinaigrette and leave for about 1 hour for flavors to blend together.

2. On individual plates or one large platter, attractively arrange lettuce and top with circles of tomatoes, avocado, red pepper and any other salad ingredients you think would be suitable. Top with crushed chips just before serving.

Vinaigrette keeps in fridge for several days. If you used olive oil it will appear solidified, like melted butter chilled.

Made with fresh ingredients, a gluten-free light version of a classic recipe (adult version with wine included too!)

Have you taken a good look at what’s in commercial packets of fruit Jell-o? They say no artificial sweeteners but also make one that’s sugar free. Artificial flavor, color, and lots of sugar. What are those chemicals doing to our bodies and more particularly the kid’s bodies? I haven’t used one in several years. This recipe goes back to the basics of fruit juices set with packaged gelatin(e). One of my English cookbooks has fruit set with sweetened wine. It was delicious, but even though I would happily drink a glass of this wine, in a jelly (the English name for the dish, this is not jam) it was too strong. Make this just with fruit juices, and check that the juices have as many real ingredients as possible and have high fruit content, not just flavored water. Think of various berry juices with raspberries, peach juice with nectarines, and mango juice (I love the Best brand from Egypt with 50% juice) with fresh mangoes (not frozen, I thought they were horrible). If you use wine, you have to use a wine you like the taste of in the glass, like a Moscato, Prosecco with bubbles, Reisling, fruit wine, or even one of the small bottles of champagne.

Another variation of my master almond cake that was a 4 page cover wrap for Food and Wine magazine. Substitute different nut flour.

The geraniums are Martha Washington, and so were quite suitable for a July 4th party.
White Chocolate Almond Raspberry Cake White Chocolate Topping
I like the flavor of Lindt white chocolate but I’m still uncertain about safety. I have made this with Kraft Baker’s white chocolate that do say they will tell us if there are ingredients containing gluten. Why can’t it just be labeled gluten-free!!

1.Melt butter with chocolate chips in microwave. Add rest of cake ingredients and beat together until smooth and then beat for 1-2 minutes, until fluffier.

4. Remove from oven, top with seedless raspberry jam, let soften for a few minutes then spread out evenly

5. Once cool, arrange most of raspberries on top, saving a few for decoration.

6. Heat 1/4 c cream in microwave for about 40 seconds, break up white chocolate, add to cream, wait a minute, then stir until smooth.

9. Gently beat in whipped cream and spoon on top of cooled raspberry topped cake. At this stage the frosting is almost runny, you can let it flow down sides, it will set in fridge. Large raspberries will show through the frosting.

10. Put 2 tablespoons of seedless raspberry jam in microwaveable bowl. Gently heat until runny but not boiling hot. Spoon jam into snack size ziploc, snip off tiny corner and pipe parallel lines across cake, the more lines you make, the fancier the design.

11. Then take small skewer and draw tip of skewer through raspberry lines all in one direction or alternating. Garnish with a few leftover raspberries.

Keeps well in the fridge, but serve at room temperature.

A no-bake gluten-free version of a Lithuanian nut cake. The original wheat version of this recipe came from Darbštuolė – a Lithuanian recipe magazine similar to Pillsbury Monthly. The recipe states it is from Laima Andrijauskaitė.

The original has one making an unsweetened dough, that is chilled, grated (presumably by hand like potato pancakes) and then baked to make a crunchy mix. I tried this and it was pretty awful, but it did stay very crunchy for several days in the creamy mix. So in my wheat flour days, I used a very neutral shortbread cookie ‘Sandies, simply shortbread by Keebler.’ They also boiled the can of condensed milk as we used to, to make a caramelized condensed milk. That is now available as Nestle – La Lechera – Dulce de Leche about $3 in the Goya/Mexican food aisle. Make sure you buy the right can, they also do ordinary condensed milk that looks the same but isn’t caramelized. My friend and I agreed that we had to add some rum. And then I used my chocolate ganache of cream and real chocolate melted as a topping, rather than cocoa, milk and sugar. It is very rich, so it could be cut as a small candy rather than sliced as a dessert.

1. Open can of dulce de leche and empty into 4-6 c (1-1+1/2 ltr) microwave safe bowl. Add solid butter and microwave for a short time, stirring, until milk softens and butter is melted.

2. Stir in some of alcohol to give a smooth even mix.

3. Stir in nuts and shortbread. Now taste and decide if you want some more alcohol. Remember strength of flavor develops and you’ll be adding rum to topping/glaze.

4. Spoon mix into 9-10” spring form pan (for a fancy dessert) or 8×8” brownie pan to cut into candy pieces. OR line star, christmas tree or heart shape pan or other designs with plastic wrap and press mix into all the corners so design turns out crisp. The mix is ‘lumpy’ so won’t press into detailed design mold.

Smooth out as much as possible and then take a piece of plastic wrap, press onto surface of cake and press out even more to smooth top and compress mix and prevent too many air bubbles.

5. Refrigerate for several hours until firm enough to cut. I had originally tried this with cream instead of butter, but butter firms mix up more.

6. While mix is chilling, heat cream and sugar together, add chocolate and stir until chocolate has melted and is smooth and creamy, it should look like a cross between condensed milk and Hershey’s syrup – no lumps. Stir in alcohol and chill. I usually use an immersion blender to make it smooth.

7. Remove ‘torte’ from fridge, remove from spring form, remove plastic wrap and place on decorative plate. Pour about half of chocolate mix over top of cake and allow to start dribbling down sides. If the mix is too runny when you stir once you remove from fridge, then beat it slightly with electric mixer so it doesn’t ‘run’ so easily.

8. Beat remainder of chocolate mix with electric mixer until consistency of whipped cream and then pipe around top/bottom of cake. Finish with nuts, or any decoration you want.

This lasts for several days in fridge, easily made in advance of summertime parties, but will soften too much if left out in sun during party. Still delicious, but spoonable not cutable after sun.

A simple gluten-free recipe for homemade mayonnaise that can be jazzed up with spices for a variety of dishes! My father always made real homemade mayonnaise, in a bowl with a whisk. It was velvety smooth, just as it has been made for centuries. For years I made mayo in food processor using his quantities along with lots of fresh herbs from my garden, then I found this immersion blender version. It’s very very quick and an immersion blender is far cheaper and takes up so much less space than a food processor.

I now also serve this mayo as a dip with veggies or add garlic to make aioli for beef fondue. Spice it up any way you like!


Note: herbs will make mayo either completely green or flecked with green. Of course you can make plain mayo and then finely chop herbs and add them on top to keep the white color.

From Cindy Gordon of Vegetarian Mamma When it comes to eating gluten-free, we need to make sure that the food we are putting into our bodies is indeed gluten-free. When it comes to cheese, you do need to be cautious. Love deli cheese? You have to be cautious of cross contamination from the cheese slicer in the deli. If you want to be safe and not worry, you need to search out Boar’s Head Cheese.

Boar’s Head is a family owned business that started in New York City over 110 years ago. Frank Brunckhorst founded the company out of his dissatisfaction with the quality of deli meats available at the time. He set out to create a brand that focused on quality meat, and started the line of deli meats, cheeses, and condiments that we still enjoy today. Boar’s Head prides themselves as being master craftsmen in their industry, and skilled artisans in the art of meat and cheese making. They hold themselves to high standards of quality, use only the finest ingredients, and their entire product line is gluten-free.

Boar’s Head offers 25 varieties of cheese, in styles from all over the world. You can find Vermont cheddar, Danish blue cheese, Swiss cheeses, French goat cheese, and more at your local deli. Boar’s Head has 6 varieties of Gouda cheese, fresh mozzarella, and two varieties of hard Italian cheese as well.

Lunch time on the weekends is hectic around my house. There always seems to be something going on. We rely on Boar’s Head to provide us with delicious tasting gluten-free cheese. Our latest creation was a quesadilla.

Check out the full selection on their website, you’re sure to find your favorite.

Guest Author, Cindy Gordon, is the owner and writer behind VegetarianMamma.com Cindy shares recipes that are gluten-free and vegetarian on her site. Her site also shares insight to her gluten-free travel experiences and provides tips on where to safely travel while gluten-free.


Think you may have celiac disease?