“I hope what I have endured happened so that others do not have to face those same challenges.” “The first six months after diagnosis I spent in self-pity, crying and being depressed because I wasn’t able to eat everything I loved.” “I got a really high fever. I was rushed to the doctor, who said it was caused by a virus. After that, I started running a low temperature almost every month.“ “You’re always in your mind, even when you’re out with family, saying to yourself, ‘Well, I can’t eat what they’re eating.’“ “Not only did I have to think about my current day-to-day life, but also how I was going to be able to live gluten-free abroad.” “Sometimes people don’t understand the emotional toll of having a child with an autoimmune disorder and all that goes into keeping her safe.” “I remember before I was diagnosed, seeing in the grocery store yogurt or something labeled as gluten-free, and thinking, ‘Oh my gosh, that’s so ridiculous. Obviously, apples don’t have gluten in them.’ Now those stickers are my saving grace!“ “At one point celiac disease was discussed but dismissed because of my ethnicity.” “We didn’t know what was wrong with our daughter. Our doctor initially did not think celiac disease because she was so young and because she didn’t have diarrhea.” 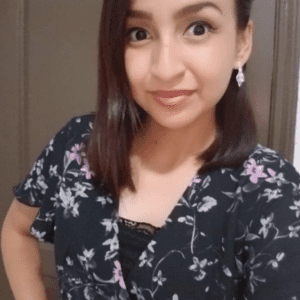 “That’s the crazy part, I never had symptoms. At least not any of the ones everyone talks about.” “When the number came out, he was sure I had celiac disease and that was the answer to all my life’s questions.”