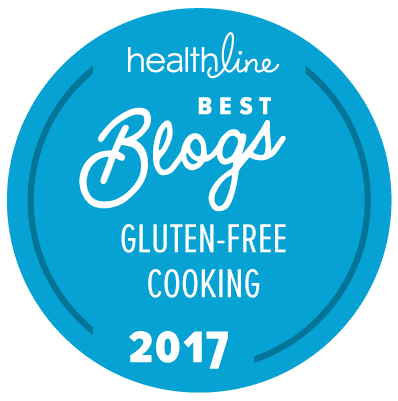 Put the water and xantham gum in a blender, and blend on high speed until completely smooth. Place 1 1/2 cups of the G.F.A.P. flour, yeast, sugar, salt, water with xantham gum and eggs into a bowl and mix them until they come together. Knead these ingredients in the bowl just until smooth until smooth (a bit of oil may be used on your hands to prevent sticking). Cover the mixture with plastic film, and let it sit for 45 minutes.

Add the remaining cup of flour, transfer the dough to a flat surface, and knead it until it is shiny and elastic and doesn’t stick to the surface, about 10 minutes.

Sprinkle the flat surface with some flour. Put the dough ball on the floured surface and flatten it a bit, then spread the butter cubes over it. Knead the dough with the butter until the butter is completely mixed in.

Cover the dough again with plastic film and allow it to rise for 1 hour. It will be very soft at this point, and should have risen by about one-third.

Place the dough again onto a lightly floured surface and fold it over several times. Place the dough into an oiled bowl, cover the bowl tight with plastic film, and refrigerate it for at least six hours, and up to about twelve hours.

Remove the dough from the refrigerator and cut it into 2 oz. Pieces, then form them into balls. The dough will become very sticky as it warms, so work quickly. Place the portioned brioche balls onto the racks of a bamboo steamer, and cover the dough with a light cloth towel. Allow it to rise for 2 1/2 to 3 hours, or until it has doubled in size.

Whisk the egg yolk with a pinch of salt, and brush all exposed surfaces of the brioche balls with it.

Choose a saucepot whose diameter is slightly smaller than the diameter of the bamboo steamer trays. Fill the pot half full with water, and bring the water to a boil. Place the bamboo trays on top of the pot, and allow the brioche buns to steam cook for about 30 minutes.

Remove the bamboo trays from the pot, and allow them to cool at room temperature for 5 minutes. After five minutes, place the buns onto a cooling rack to cool completely.

* If an electric mixer is available and you wish to save some elbow grease, the kneading of the bread may be done with a dough hook with the machine set on medium speed.

Makes one 7-inch round loaf

5. Add buttermilk or sour cream/milk mixture to the flour mixture and stir with a wooden spoon until soft, moist dough forms. Add more liquid if needed. This dough should not be dry and hard, and it may be necessary to add some more milk or water to get a soft, sticky dough to form. If you think mix is too wet, wait a moment or two. I find that baking powder and xanthan gum almost immediately thicken dough.

6. Place dough on a baking sheet dusted with gluten-free flour or stone and gently pat out to a 7” circle, 3/4” thick, (any thinner and the bread will be tough). Cut halfway through the top of the loaf with a sharp knife, one way and then the other so that when bread is cooked it will form into four crusty quarters but still joined together.

7. Bake for about 35-40 minutes until bread is well risen, hard on top to the touch and sounds hollow if you tap the bottom of the bread. When you think bread is cooked, cook for about 5 minutes more. Undercooked bread will leave a floury, grainy taste in mouth. 8. Remove from oven and serve with fresh butter.