Home » News & Events » Celiac In the News » So Your Celiac Disease Blood Test Was Negative? 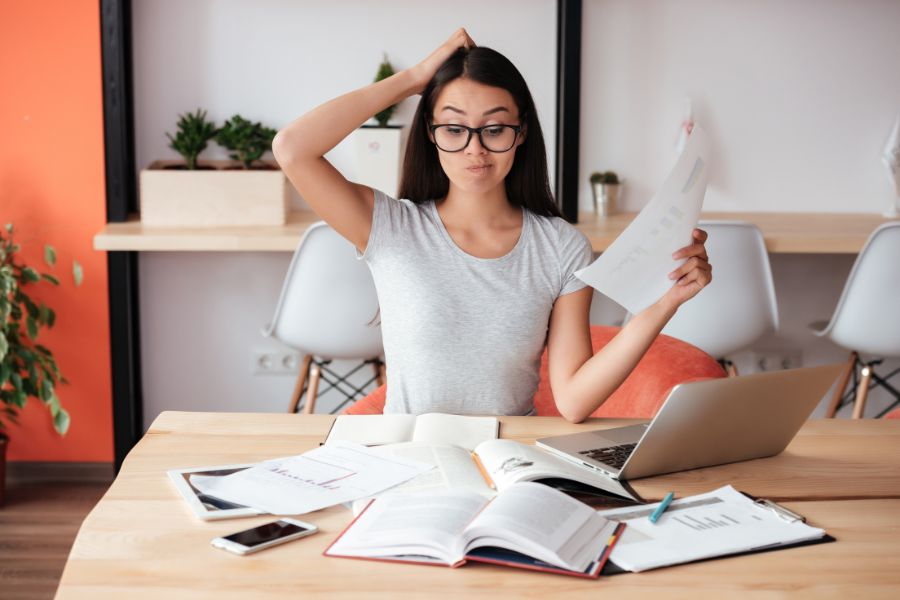 You went to the doctor’s office, explained your symptoms, and got a TtG blood test, commonly used to test for celiac disease. But the blood screening returned negative for celiac disease-related antibodies, and you’re confused. You believe you fit the characteristics of someone with celiac disease, or maybe you feel better on a gluten-free diet. What’s going on? What else could it be if not celiac disease?

In this article, we’ve listed a few conditions that are often misdiagnosed as celiac disease (and vice versa!) or have many similar symptoms. We encourage you to review this and bring any information to your doctor if you want to learn more or do additional testing. Your doctor can give personalized recommendations and help you on your journey to better health.

Was the Right Test Done Properly?

Were You Eating Gluten?

When you get the blood test for celiac disease, you should be eating gluten daily for at least the past six weeks. If you went gluten-free before the blood test, it could return incorrect results.

If you have already gone gluten-free but want to get tested for celiac disease, you must be eating gluten. Learn more about gluten challenges.

Do You Have an IgA Deficiency?

An estimated 2% of people with celiac disease also have selective immunoglobulin A (IgA) deficiency. Individuals with an IgA deficiency do not make or have very low blood levels of IgA antibodies. These antibodies are responsible for fighting infections in mucus membranes throughout the body.

Did You Do an EMA Blood Test?

A study from 2021 brought the accuracy of the TtG blood tests into question. Celiac disease is often diagnosed with a positive TtG-IgA test, followed by an endoscopy and biopsy that shows damage to the lining of the small intestine. When this blood test is negative a biopsy often isn’t done. But the study, published in the Journal of Clinical Gastroenterology, calls the sensitivity of the TtG-IgA test into question and raises the issue of frequent false negatives. A negative result of the test should be “viewed cautiously” the study says, noting that further testing should often be done.

Additionally, a registry of celiac disease patients at the University of Alabama at Birmingham found that 80% of Black patients with biopsy-confirmed celiac disease had negative results on the TtG test. While the study sample was small, these results raise the question of how well the TtG test works for patients who are Black.

If you are a patient who tested negative with a TtG test, but you think you could have celiac disease, consider asking your doctor for an IgA endomysial antibody (EMA) blood test and/or an upper endoscopy with biopsy. The EMA blood screen is highly specific for celiac disease.

Was This Follow-Up Testing?

Consider Getting an Upper Endoscopy with Biopsy

An upper endoscopy with biopsies is considered the gold standard for diagnosing celiac disease. The blood tests, while highly accurate for positives, can produce false negatives. A study by researchers from the Mayo Clinic concluded that false negative results of the anti-tissue transglutaminase immunoglobulin A (TtG-IgA) test could lead to under-diagnosis of celiac disease.

After adjusting for verification bias, “the sensitivity of [TtG- IgA] could be as low as 35.4%,” said Isabel Hujoel, MD, lead study author. “If this is accurate, it would mean that [TtG-IgA] may perform worse than the flip of a coin.”

It is important to note that the study does not suggest any problem with positive TtG-IgA results.

For patients who want to do thorough testing or have reasonable suspicion of celiac disease, it may be worth it to get an upper endoscopy with biopsies, even with a negative blood test.

Some conditions have similar symptoms to celiac disease. Patients with some of these other conditions still benefit from a gluten-free diet, while others will not and need other treatments to resolve symptoms.

Non-celiac gluten sensitivity (NCGS) is the term for those who have symptoms when they eat gluten similar to those with celiac disease but who don’t have the same antibodies and intestinal damage seen in celiac disease.

To resolve symptoms, patients with NCGS must go on a strict, gluten-free diet.

Many medications can help ease symptoms. In some cases, surgery is recommended. Going gluten-free may resolve some symptoms in some patients.

For IBS to be diagnosed, symptoms must be ongoing and present at least three days a month in the last three months. IBS does not cause changes in bowel tissue or increase the risk of developing colorectal cancer.

Symptoms can sometimes be controlled by managing diet, lifestyle, and stress. The gluten-free diet may help some patients.

FODMAPs are short-chain carbohydrates that may be poorly absorbed in the small intestine. This can cause more water to be pulled into the colon and rapidly ferment or be broken down by bacteria in the bowel. This can cause symptoms like increased gas, bloating, constipation/diarrhea, and pain.

The first phase of treatment is a strict elimination diet, which removes foods high in FODMAP for 2-6 weeks. If you feel significantly better during that time, then FODMAP carbs may indeed affect you.

The second phase of the diet involves reintroducing foods by type. For example, the lactose challenge involves adding back in milk, cottage cheese, and/or ice cream. If those don’t seem to cause symptoms, then you can try another challenge group.

Wheat, barley, and rye contain both gluten and FODMAPs, so the gluten-free diet can benefit those sensitive to FODMAPs. It’s best to work with a registered dietitian nutritionist (RDN) when determining which FODMAPs to eliminate.

Learn more about the FODMAP diet.

This condition is treated with antibiotics. In some cases, surgery is also recommended.

If you want or need more testing, please work with a doctor, gastroenterologist, or registered dietitian (RD)/registered dietitian nutritionist (RDN). Regardless of your diagnosis (or lack thereof), we hope you find answers and can start feeling better soon!