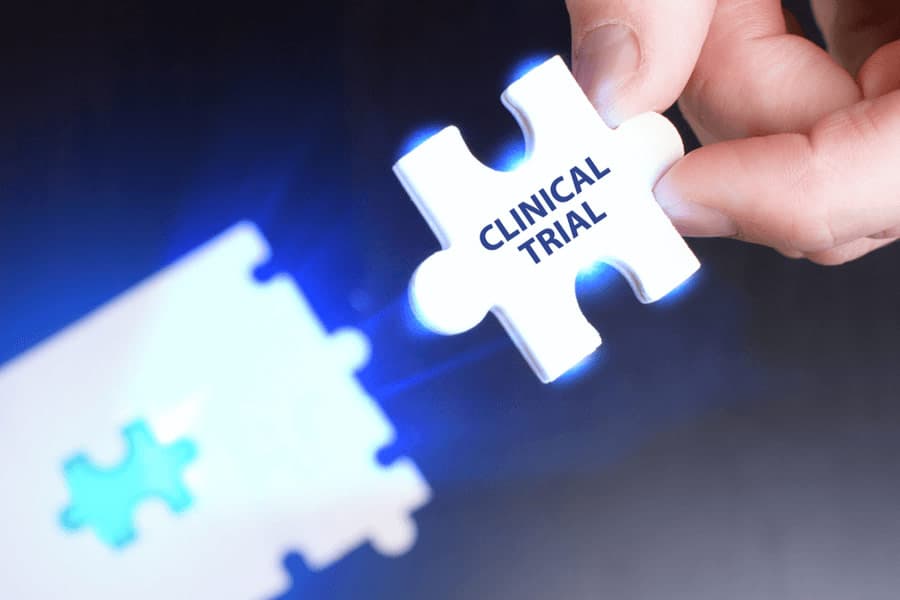 The Phase 3 clinical trial investigating larazotide acetate as a treatment for celiac disease was discontinued today by 9 Meters Biopharma, Inc.

An interim analysis of patient data in the CedLara trial found that the size of the treatment group that would be needed to determine a significant clinical outcome between study participants receiving the drug and those getting a placebo was too large to support continuation of the trial, the company said in a press release.

The analysis included the first half of the initial target enrollment and followed completion of the 12-week, double-blind efficacy portion of the study. Efficacy measures whether a drug has the intended treatment result. The study was investigating use of larazotide for patients with celiac disease who continue to have gastrointestinal symptoms while on the gluten-free diet.

Setbacks and triumphs in search for new treatments

“Though this is a disappointing development, Beyond Celiac as a leader in clinical trial recruitment remains resolute in our goal for treatments or a cure by 2030. There will always be setbacks and triumphs as we move toward effective therapies,” said Alice Bast, Beyond Celiac chief executive officer.

While the CedLara trial, which was the first and only clinical investigation for a celiac disease treatment to reach Phase 3, has been discontinued, 9 Meters says it plans to continue to analyze existing data over the coming weeks to determine if other individual or groups of celiac disease symptoms might benefit from treatment with larazotide. “Completion of the analyses and engagement with [the Food and Drug administration] (FDA) will determine further plans for larazotide for the treatment of celiac disease,” the company said.

Phase 3 trials involve large numbers of study participants, are conducted for a longer period and determine how well a drug works. Phase 3 is the final phase before a drug goes to the FDA for approval and becomes available for doctors to prescribe to their patients. Although CedLara was the only celiac disease treatment in Phase 3, a number of other drugs are currently under study in earlier phases of investigation.

“We were hopeful that this study of larazotide would lead to a treatment option for those with celiac disease but also fully recognize the challenges and complexities of the disease and the ability to effectively measure outcomes,” said Patrick Griffin, MD, 9Meters chief medical officer. “We are grateful to all the patients with celiac disease, their families, and the investigators who participated in the trial and contributed greatly to our understanding of larazotide.”

Larazotide was designed to work by decreasing intestinal permeability and regulating tight junctions between intestinal cells. This so-called “leaky gut” is thought to be the gateway to many autoimmune diseases, including celiac disease. The drug, the first celiac disease treatment to enter a clinical trial 15 years ago, was thought to have the potential to help restore the leaky junctions to a normal state.

The CedLara trial was intended to be a 24-week study consisting of a 5-week screening and eligibility period followed by a 12-week double-blind treatment phase and an additional 12-week continued safety phase.

The study was designed to include 525 patients divided into three groups based on the amount of the drug or the placebo they received. The primary endpoint, or goal, of the study was the change in celiac disease symptom severity based on patient-reported outcomes over 12 weeks. This study followed a Phase 2 clinical trial in 342 adult patients with celiac disease who had been on a gluten-free diet for at least 12 months, which concluded that the one dose level of larazotide being tested significantly reduced symptoms of celiac disease. Pending the final analysis of data from CedLara, financial and human resources previously dedicated to the study will be re-deployed to advance other novel therapeutics for debilitating gastrointestinal disorders, according to John Temperato, 9 Meters president and chief executive officer.

Latiglutenase, a drug designed to break gluten into harmless fragments, successfully protected against damage of the small intestine in celiac disease patients in a Phase 2 study, according to a presentation by ImmunogenX Inc. The drug also reduced or prevented symptoms, research presented by Joseph Murray, MD, lead study author, showed.

KAN-101, a new treatment for celiac disease that targets the liver’s ability to clear harmful substances from the blood has also shown promising results in a Phase 1 clinical trials, according to results presented at DDW.

The drug, being developed by Anokion, is focused on restoring normal immune tolerance of gluten by targeting specific receptors on the liver, setting off a cascade of events that re-teach the immune system not to respond to gluten. Unlike broad immunosuppressants, KAN-101 targets only the part of the immune system that drives celiac disease.

Other companies with celiac disease drugs in Phase 2 of clinical trials include Provention Bio, Takeda and Zedira.  A Phase 2 clinical trial typically involves up to a few hundred study participants and is designed to test the safety of a drug and develop the research methods that will be used in more advance Phase 3 studies.

“Despite the 9 Meters setback, progress in the celiac disease space continues to advance. As we speak there are more than a dozen celiac disease treatment under investigation, with novel mechanisms of action backed by solid science,” Alesci said. “This development further highlights the importance of patients playing an active role in the investigations of drugs to treat celiac disease by participating in clinical trials that will be the key to finding new treatments and a cure.”

Bast agreed that continued patient participation is key to moving new treatments for celiac disease forward. “We all need to be ready to help,” she said. “Because of our outstanding community and our Go Beyond Celiac registry, we’re all in this together so that we will be able to eat without fear and live life to the fullest by 2030.”