Getting to the bottom of persistent celiac disease symptoms 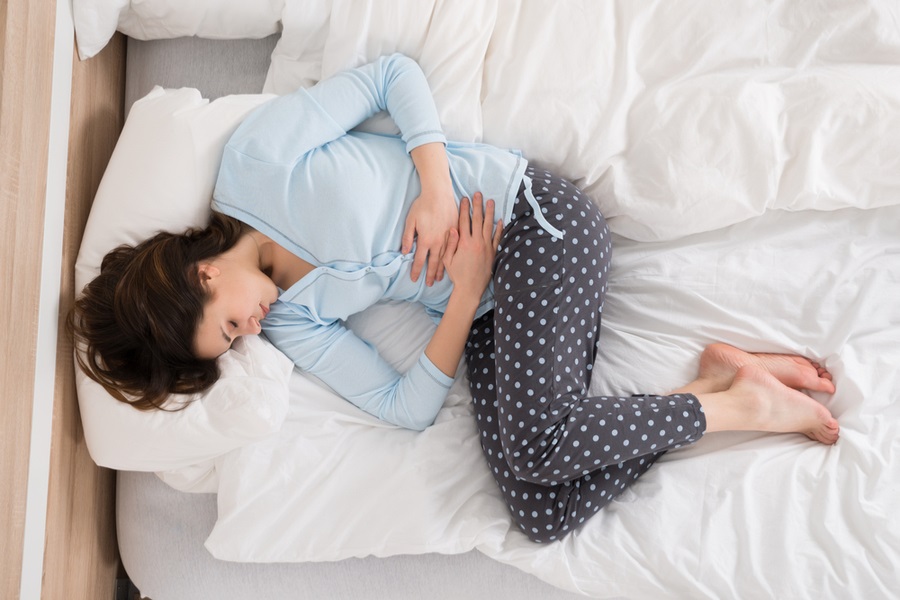 When patients diagnosed with celiac disease continue to have frequent symptoms and damage to the absorbing lining of the intestine despite following a gluten-free diet for more than a year, they are considered to have refractory celiac disease.

A new study published in the American Journal of Surgical Pathology examines how patients are diagnosed with refractory celiac disease, including the steps taken to distinguish between the milder and more severe forms of this complication of celiac disease.

Refractory celiac disease falls into two categories, type I and type II. Patients with type I respond to treatments including low-dose corticosteroids and usually have a normal life span. Patients with type II don’t respond to corticosteroids, require great degrees of immunosuppression and are at risk for a particular type of lymphoma. These patients have a markedly diminished lifespan, often dying of lymphoma or sepsis.

Sepsis: A potentially life-threatening condition caused by the body’s response to an infection.

The study was done by researchers from Yale University School of Medicine, led by Marie Robert, M.D., a surgical pathologist at Yale and chief scientific officer for Beyond Celiac. The researchers recommend that physicians and pathologists, who review biopsies related to celiac disease, avoid relying on tests that evaluate T-cells until more common reasons a patient would not respond to the gluten-free diet have been excluded.

T-Cells: White blood cells that function as the body’s disease fighting soldiers and are improperly activated by gluten in those who have celiac disease.

Read more: What you should know about biopsies for celiac disease

Refractory celiac disease is considered when a patient who initially responded to the gluten-free diet relapses or when the gluten-free diet never results in recovery. The study points to earlier research that found that 36 percent of patients who appear to have refractory celiac disease are actually experiencing symptoms because they continue to be exposed to gluten. Eighteen percent have irritable bowel syndrome and 7 percent have microscopic colitis.

“One of the take home messages for patients from this study is the importance of discussing current gluten exposure, medication and supplement use and other medical conditions with their physicians when considering the reason for persistent symptoms,” Robert said. “This will prevent misdiagnosis of refractory celiac disease if something else is the culprit.”

Scientists are finding increasing evidence that gluten-exposure on the gluten-free diet is common. One of the first studies designed to calculate the amount of gluten consumed determined that many celiac disease patients are regularly exposed to enough gluten to cause symptoms and intestinal damage.

Research that is focusing on the presence of gluten immunogenic peptides (GIP) in food, as well as in urine and stool samples, has preliminary results that show 66 percent of the patients trying to follow a strict gluten-free diet showed evidence, by one measure or another, of being exposed to gluten.

In the Yale study, researchers looked at biopsy results from the Yale pathology department including those from patients with confirmed refractory celiac disease, newly diagnosed celiac disease and celiac disease requiring follow-up due to upper gastrointestinal symptoms.

Current guidelines advise physicians to request tests that evaluate intraepithelial lymphocytes and T-cells when biopsies are reviewed, and refractory celiac disease is suspected. But the study found that rigid interpretation of these specific test results can be misleading and could even result in a possible overdiagnosis of type II refractory celiac disease.

Intraepithelial lymphocytes: White blood cells found in the lining of the small intestine.

Abnormal intraepithelial lymphocytes: Unique immune cells found in the lining of the small intestine in refractory celiac disease. They are abnormal because molecules not normally found on the surface of the cells are present and lead to damage of the small intestine. The abnormals lymphocytes are one of the distinguishing characteristics of refractory celiac disease because they may be the beginning of cancer.

“If performed, such studies should be interpreted with caution,” the researchers wrote. They refer to a more helpful system of categorizing patients, in which lymphocyte analysis is combined with a clinical evaluation of the severity of symptoms of celiac disease.

“Good communication between patients and physicians will go a long way towards clarifying the reasons for persistent symptoms,” Robert said. “It is important to exclude common reasons first, before testing tissue for the rare diagnosis of refractory celiac disease.”