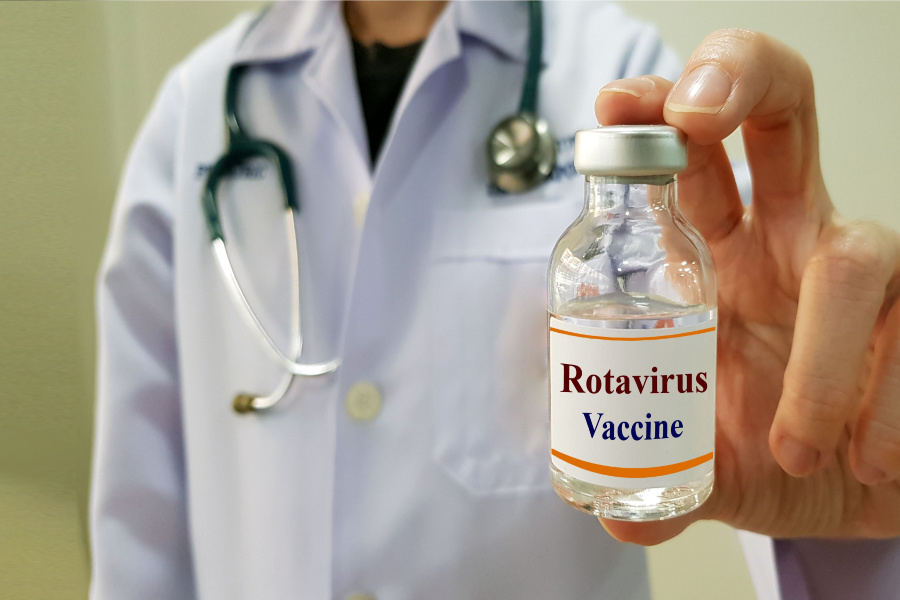 The vaccine for rotavirus does not increase or decrease the risk that a child will develop celiac disease, according to a new study from researchers at the University of Michigan.

“We did not find any increased risk with this vaccine, even accounting for several measures of childhood comorbidity,” says the study, published in the journal Scientific Reports.

“Parents hesitant to vaccinate children due to poor health status should be reassured that the risk of chronic conditions is minimal with this vaccine,” wrote the University of Michigan authors. Rotavirus, which causes diarrhea, is common and highly contagious.

The study notes that rotavirus infection has been identified as a trigger for autoimmune disease, and some studies hypothesize that it could be an environmental trigger for celiac disease. Meanwhile, 2019 Finnish research suggested that the rotavirus vaccine may decrease celiac disease in children and adolescents.

The new study was based on the review of 2001 to 2018 health claims data from more than 2 million privately insured children. Associations between rotavirus vaccination and type 1 diabetes have been reported. In the new study, researchers evaluated the risk of the vaccine in both the development of celiac disease and autoimmune thyroid disease, both of which are associated with type 1 diabetes.

The study also found that children born prior to the introduction of the vaccine in 2006 had a lower risk of celiac disease compared to unvaccinated children born after 2006. Researchers attributed this finding to growing incidence of celiac disease over time. Incidence is a measure of how many people are newly diagnosed with a condition in a given time, for example a year. By comparison, prevalence is a count of the total number of people who have a condition in a given time period.

Incidence is sometimes described as new water running into a partially filled bathtub, while prevalence is the total amount of water in the tub.

The study is the largest examination of rotavirus vaccine and celiac disease to date, the authors wrote, and the only investigation of the vaccine and autoimmune thyroid disease.

In the most recent Finnish study, researchers noted that the mechanisms of the association between celiac disease and the enterovirus are not known. Theoretically, the virus might interact with gluten in the lining of the intestine and create inflammation that activates the immune response, according to the study.

University of Michigan researchers cited the large size of their study as one of its strengths. Meanwhile, limitations include the younger age of children studied and the length of enrollment in the study which might have resulted in a failure to capture an association between the rotavirus vaccination and celiac disease in older children.